A SAHA Conversation with Clark McGinn 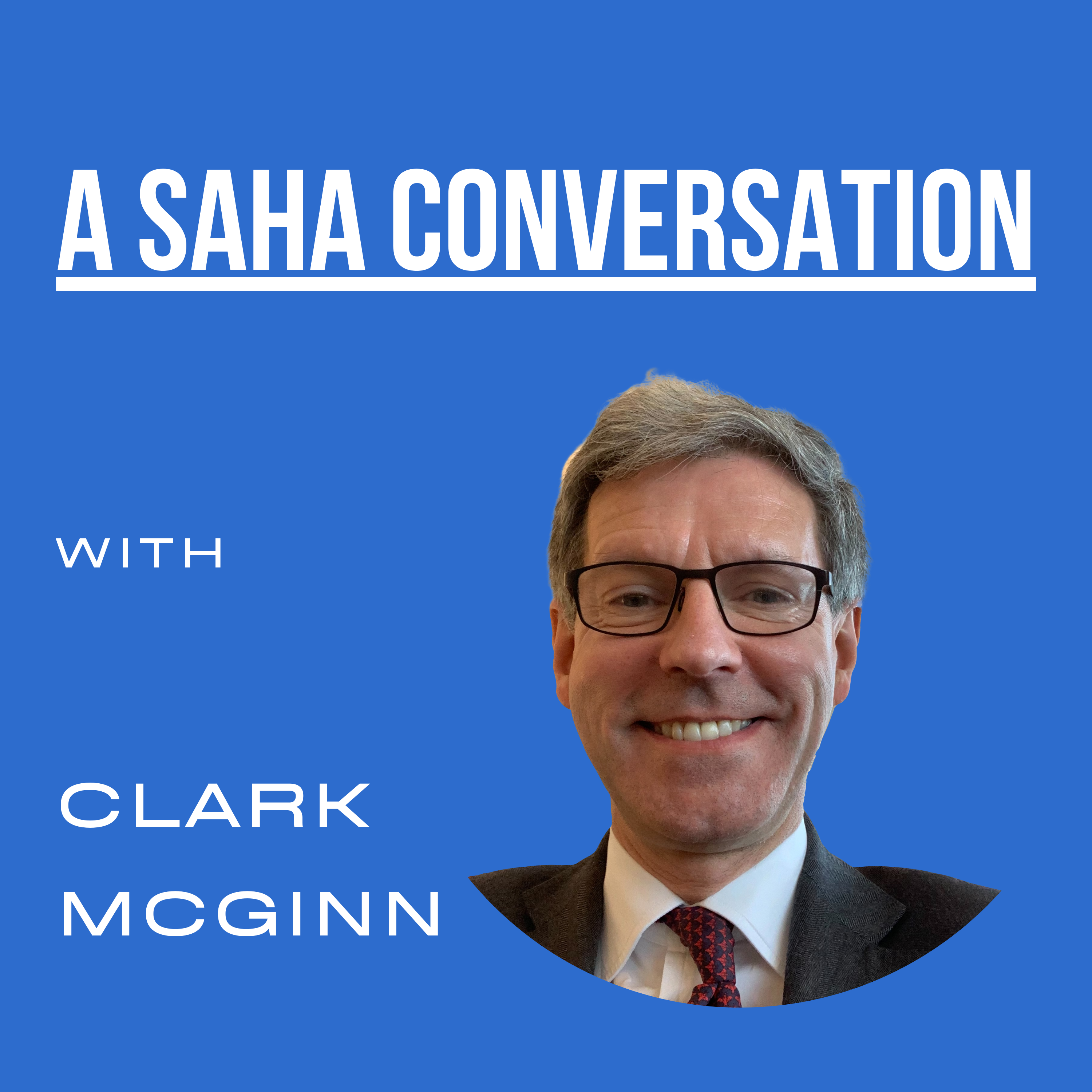 Our first guest for the SAHA Conversation series is Dr Clark McGinn. Clark is a leading consultant in the global mission-critical helicopter industry, based in London but advising international clients. He was educated at the University of Glasgow, where, in addition to graduating MA (Hons) in Philosophy, he was a noted student debater, founding the World Student Debating Competition, winning the Observer Mace and selected to represent the UK in the annual ESU Debate Tour of the USA. After university, he embarked on a thirty-year career in corporate banking and capital markets in London and New York, which pivoted in 2004 into helicopters. After creating RBS’s rotary wing business, he built the Captive Dublin lessor for the largest helicopter operator (CHC) and later, the global sales and relationship team for Waypoint Leasing. He has worked as an independent subject matter expert and consultant to leading investors and operators since 2018. Clark holds the Fellowship of the Chartered Institute of Bankers. He is also known as a speaker and writer on Robert Burns, having earned his PhD from Glasgow on the history of the Burns Supper. He is currently an Honorary Research Fellow of the Centre for Robert Burns Studies and was awarded Fellowship of the University of Glasgow for his charitable support of its alumni Burns Supper programme over many years.

In this SAHA Conversation Clark reflects on the value of an education in philosophy today and he explains how this degree has helped him in his career in the banking sector. We discuss his passion for Robert Burns also and the bard’s role in bringing people together the world over also.

Resources mentioned in this episode:

Centre for Robert Burns Studies at the University of Glasgow

If you enjoyed this episode please leave a rating and a review. Subscribe to be the first to know when new episodes are released.


Brought to you by SAHA of SAHA Conversations